Month of Cookware: Up to -50% discount on selected cookware. Shop now!

Only 5 left in stock. Only 5 left in stock.

Suitable for both a formal and information occasion! 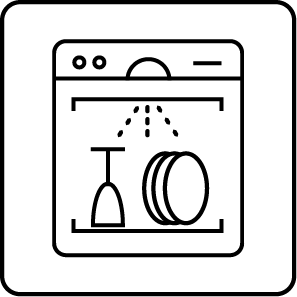 Enjoy a simplistic design with this Alessi 24-piece cutlery set from the Knifeforkspoon collection. This set consists of 24 pieces of cutlery, ideal for 6 people. The cutlery is made from strong and polished 18/10 stainless steel. Because of this, the Alessi cutlery is dishwasher safe. The set also comes in a luxury gift box and you can expand the cutlery set buy buying separate parts. Enjoy your meal in style with the Alessi 24-piece cutlery set from Knifeforkspoon!

The cutlery set consists of the following parts: